Past weekend, December 16th-17th in Anaheim, CA three of our students were competing at IBJJF No Gi World Championship.

First competing was Michael McDonald, our feather weight blue belt. He made it to the quater- finals where he met an equal opponent and had to come to terms with losing the fight.

Next was our heavy weight black belt, Marysia Małyjasiak. In the semi-final she fought a very accomplished competitor and lost by 2 points. She is bringing home a bronz medal. 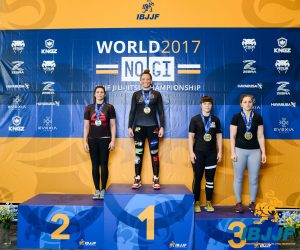 Next was Morgan Menzies, middle-heavy blue belt who joined our team recently. It was her day! She fought her heart out, listened well to the instructions, and lost only in the final of World Championships after a very tough match! Huge congrats to our World Champion Runner Up – Morgan Menzies! 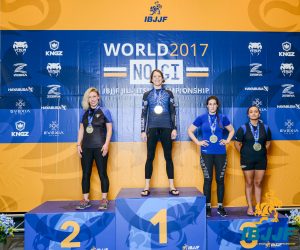